Running Away From Nothing

Flight From the Shadow 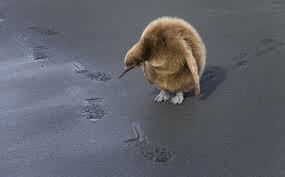 I love this quote from the Taoist mystic Chuang Tzu:

There was a man who was so disturbed by the sight
of his own shadow and so displeased with his own footsteps,
that he determined to get rid of both.
The method he hit upon was to run away from them.
So he got up and ran.
But every time he put his foot down there was another step,
while his shadow kept up with him
without the slightest difficulty.

He attributed his failure to the fact
that he was not running fast enough.
So he ran faster and faster, with out stopping,
until he finally dropped dead.

He failed to realize that if he merely stepped in to the shade,
his shadow would vanish,
and if he sat down and stayed still,
there would be no more footsteps.

~ from the book When The Shoe Fits by Osho


Negative States - 2.25.11 from Balanced View Candice on Vimeo.
Posted by Squirrel Lady of Town Lake at 9:29 AM No comments:

Squirrels Know How to Do Nothing

One way to learn how to do nothing is to watch someone who can easily do nothing.
My favorite being to watch is a little squirrel.
The video below proves that the squirrel has indeed
mastered the art of doing nothing.

I believe these squirrels are meditating.
Meditation is the practice of
doing nothing
and
being everything.

Oh little squirrel
teach me your ways.
May I sit quietly
and just watch...
with my heart open
and my mouth shut.
May I experience the
Great Love

Posted by Squirrel Lady of Town Lake at 10:01 PM No comments:

I was looking for nothing and I found this satsang with Burt Harding...
The Awareness that never changes is what I am
Nothing is Real.... because everything changes
Nothing itself is the Truth
Love is Nothing

"Love sometimes wants to do us a great favor:
hold us upside down
and shake all the nonsense out."
Hafiz
Posted by Squirrel Lady of Town Lake at 9:35 PM No comments: 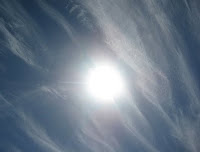 Today I felt very weird. Usually I do something to avoid, change, fix, or alter this state. Today was different. I didn't want to run away from it by doing something. I think this is the purpose of doing nothing.
There's a quote from the Tao te Ching that goes~

Do you have the patience to wait
Till your mud settles and the water is clear?
Can you remain unmoving
Till the right action arises by itself?

Well that is easier said than done. Try to will yourself to just do nothing.
Do nothing and wait.
Do nothing and see what happens.
Does nothing continue forever?
What exactly constitutes doing nothing?
Think about it, to do nothing, you would have to stop breathing...
So actually, one is always doing something even when doing nothing.
Think about it...

Maybe doing nothing really means
to let everything be as it is.
That sounds right.
I think we Westerners always have a knee jerk reaction
to do something about every little thing.

Here's a test. See if you can do nothing for 2 minutes!
http://www.donothingfor2minutes.com/

Posted by Squirrel Lady of Town Lake at 4:09 PM No comments: