The Emptiness IS the Vastness 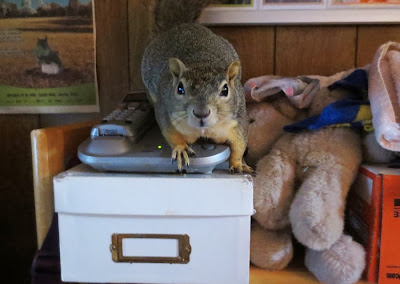 Mr.Nut on standby to answer your questions!


Sometimes people ask me how Mr.Nut is able to answer people's questions with such accuracy and insight.  It's really pretty simple.  Mr.Nut knows he is part of everything and so he taps into the wisdom that pervades all of space.  He is just so relaxed and trusting that all answers become instantly known.  He taps in by being completely receptive.  Another way to say it is that Mr.Nut is completely empty.  And when you are empty, then you can be filled with all knowledge without even trying.

There is an awesome book called "Collisions with the Infinite" by Suzanne Segal in which she describes her experience of awakening.  At one point she feels that she is lost in nothingness… in the emptiness… and believes there is something wrong with her.  She seeks help from several therapists, all of whom are quick to put a label of dysfunction on her experience.  Finally, after many years of witnessing herself through the "eyes of dysfunction", she contacts a Buddhist teacher.  His response was, "Congratulations, Suzanne, it seems you have reached enlightenment."  Not long after this contact, she was driving up the coast of California and suddenly the realization occurred… the void was transformed into the "vastness".  And she saw that except for a thought that she was separate from the ALL,  no separation had ever been true!

The point of all this is…   to just be like a little squirrel.
They don't try to do anything. They just do what they do and that's enough.  It's us humans that are always analyzing everything and trying to figure out how it all works.

That's why squirrels always have so much more energy than we do… they just act… they don't plan and they don't think about what they are doing.  They just act spontaneously in the moment and enjoy everything!

It's so simple.
That's why we need little squirrels to remind us.
And remember…
if you have any questions
you can always ask Mr.Nut.