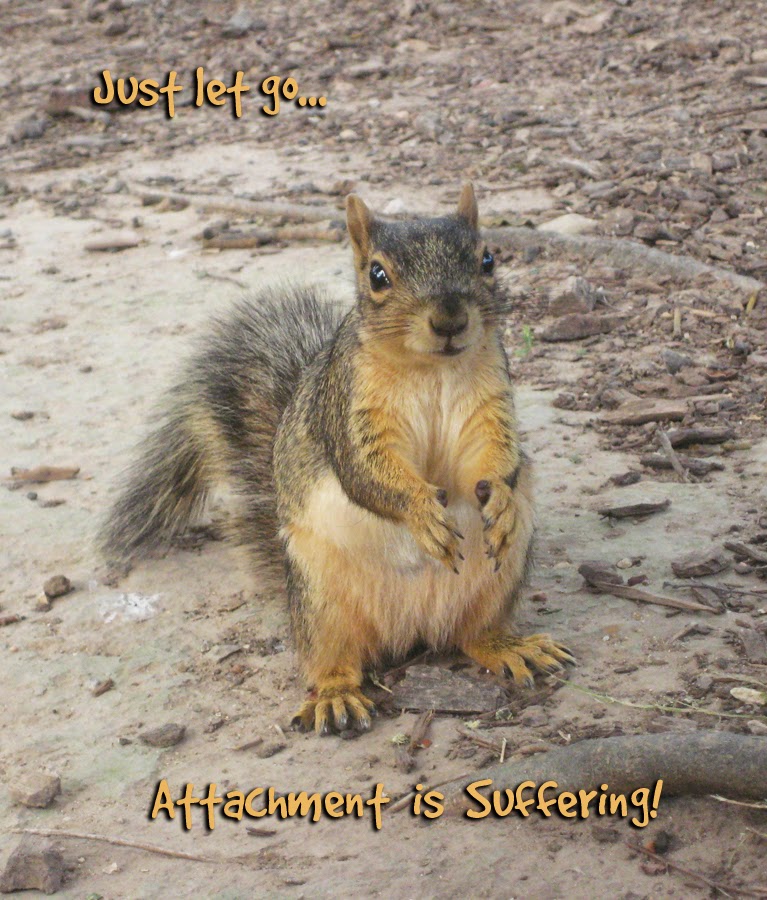 Letting go is easier said than done!  In March I signed up for a silent retreat with my Beloved Mooji in Portugal.  Since the event was scheduled for the end of May, I figured I'd have plenty of time to release two squirrels before I had to get on the plane!
Little did I know....

I started releasing  Rosie Posie (approx. 7 months old) at the very beginning of April. First she spent a couple of weeks inside her cage which was now outside next to the front door.  Then once her cage was opened, she went exploring.  Usually,  after about a week or two, the new squirrel on the block finds a place to build their own nest and starts to sleep there.

But this is not what happened with Rosie!
Rosie did spend a few nights away, but she would always show up the next evening and want to come inside!  Rosie has a sweet cubby hole in the house that she just loves to hide in.  Plus I think she really has grown fond of the 4-star treatment... ie. great food, free massage, clean bedding, and lots of mama's love! 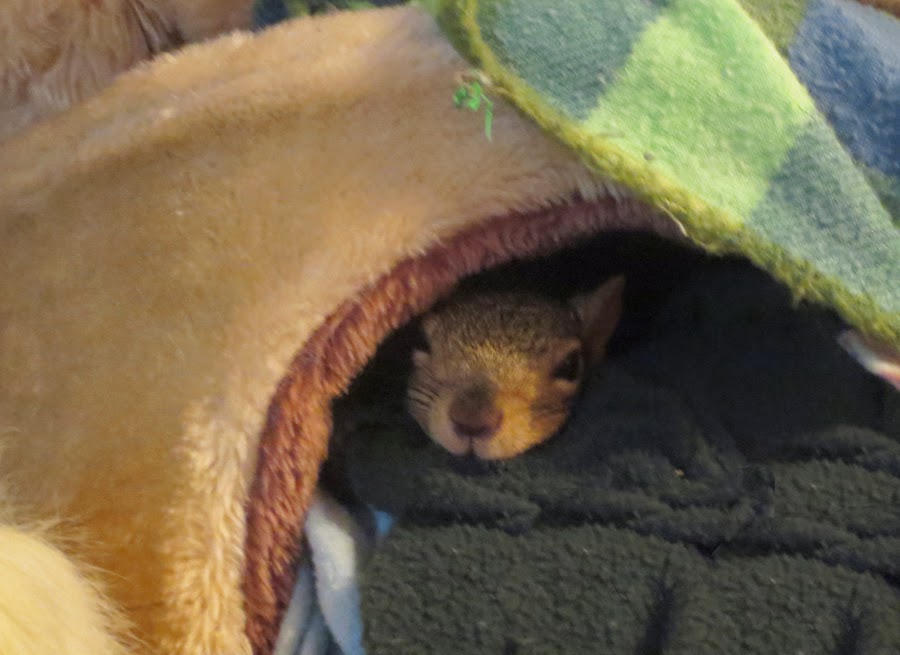 Rosie in her cubby!

The other little squirrel for whom it was time to offer freedom was Muffin... aka Muffington Stinky Poops-a-lot (for fun!).
Muffin, a bit older, had been detained from release last fall due to some teeth issues. His teeth needed trimming and had to be checked again 6 weeks later. We had to make sure his teeth aligned properly so he could trim them himself!
Once this was certain, he was free to go... but not in winter! So the next opportunity was in spring... alongside Rosie!

Muffin spent a lot of time in the big outdoor cage.  Mr.Nut had first dibs on the cage in the early morning and Muffin went outside in the afternoons and evening.  In the beginning, Muffin seemed to always be hiding....